Letter-20: ‘Submission’ on Logic-based Peace and nothing but Logic and Peace: 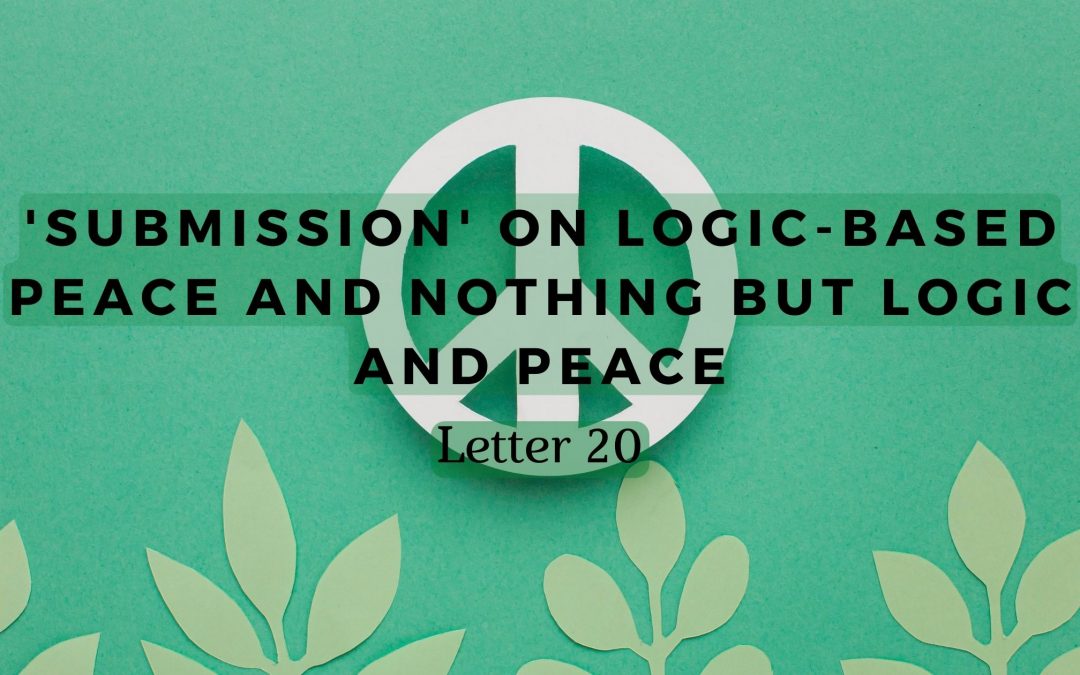 1. How come Islam is the only ‘Logic’ based Religion?

Note:
Allah does not accept the faith of those who follow him without thinking, and only with imitation.

2. The Phased Continuity in Quest for the ‘Eternal Peace’:

3. The unique reward for ‘Submission’ to the ‘Lord’ stands out as below:

> “Surely those who believe and those who are Jews, and Sabeans, and Christians – whosoever believe in Allah and the last day and does good, no fear shall be upon them, nor shall they grieve”

4. Peace and nothing but peace by way of ‘Dispute Resolution Mechanism’ promulgated ‘Divinely:

In line with the above verse, ‘Disputed Matters’ are to be left for decision by the ‘Lord’ and must not form the basis for ‘Violence’ least of all ‘Wars’.

(i) Truth: Islam is the only ‘Logic’ based religion with eternal ‘Phased’ continuity that accepts all previous ‘Divine’ messages’ based on an ‘Absolute Creator’ and His faultless and just ‘Divine’ order, which is all along in line with human ‘Nature’, and which offers a ‘Glad Tiding’ concerning the ‘Hereafter’ to all faithful alike without discrimination.
(ii) Discover truth-based five reasons (1 to 5) to target the elusive logic-based peace by adopting true and genuine ‘Islamic’ thoughts and concepts. While struggling to do so, prevailing un-Islamic thoughts and practices, far too common and deep-rooted in Islamic culture and societies, need to be purged out for good.

Read More:
(i) Why Islam