Letter-23: How, when, and where (Two Unique Single Combats) saved the ‘Divine Empire 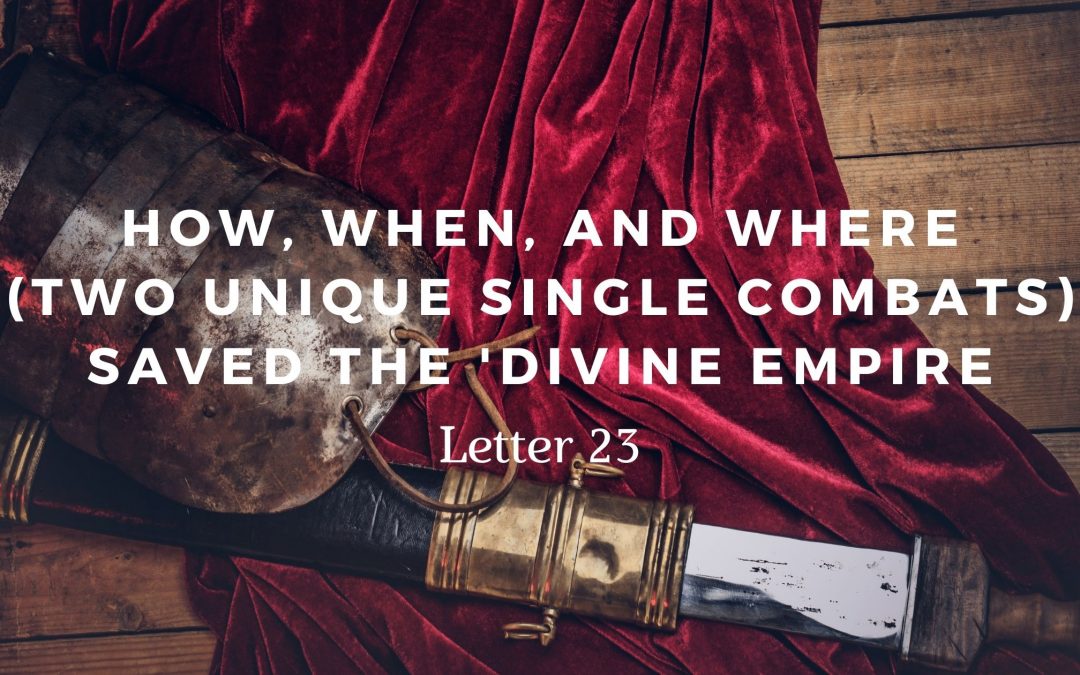 (i) Talut, the (King) at the time of Prophet Samuels (Al-Quran: Chapter 2: (Baqarah 02: 246)
(ii) Talut was appointed by the Lord (Allah) in spite of popular opposition.
(iii) Jalut, on the opposite side, was considered an undefeatable invincible adversary who carried a tremendous reputation and battlefield prowess.

(i) Amr Ibn Abd Wudd had such a reputation that none of the faithful was willing to accept his repeated challenge for single combat except Ali.
(ii) On his third call, the Holy Prophet prayed for Ali and sent him saying: (Kulle-Eman: Total Faith) is going against (Kulle-Kufr: Total infidelity)
(iii) Against all odds and expectations, Ali returned victorious while the holy Prophet commented: Ali’s one single strike which killed Amr Ibn Abd Wudd is equal to the entire worship of the (Saqalain: Both Worlds).
(iv) Ali Ibn Abu Talib’s decisive victory, against the dreaded Amr bin Abd Wudd, firmly established the ‘Divine’ rule led by the Holy Prophet.

(i) Saving of the Divine Empires: