Letter-24: How, When, and Where (Ahlul Bait/ Holy Prophet’s People of the House) saved the ‘Divine Empire’ from total annihilation 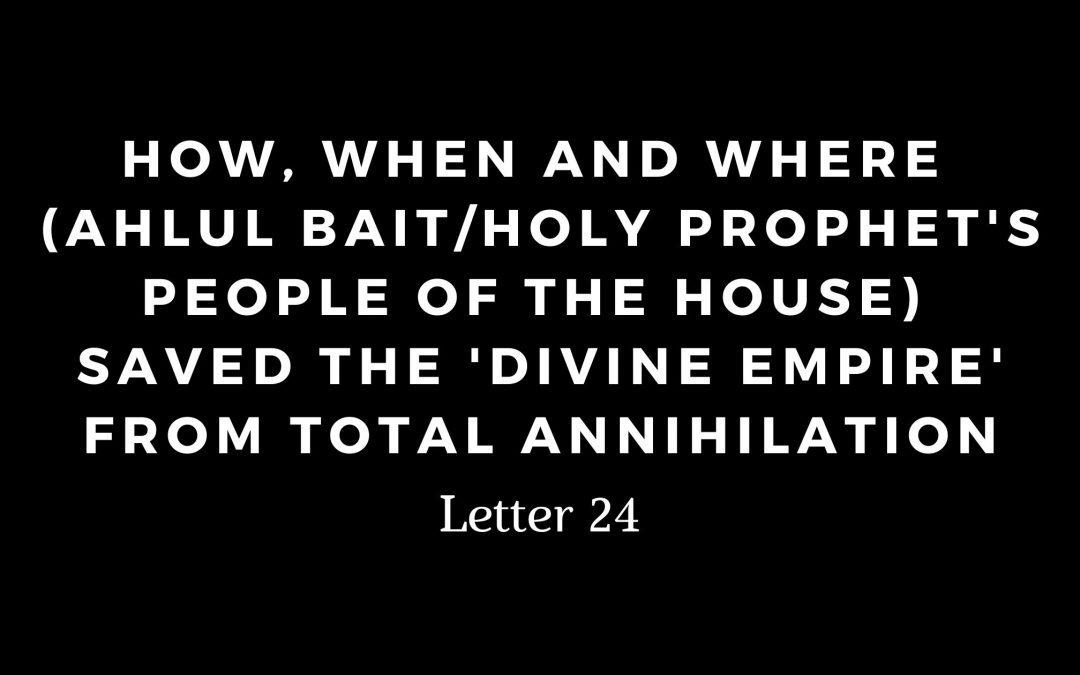 The city’s (also known as Karbala-e-Mualla) religious significance derives from the Battle of Karbala (680 CE), a one-sided contest in which Hussain Ibn Ali (one of the holy Ahlul Bait), grandson of the Prophet Muhammad, and his small party were massacred by forces sent by the Omayyad Caliph Yazīd I.

The battle for true Islam {Muhammad’s Deen (Religion) based on Truth and Justice (Haq and Adl)} against induced deviations by the Omayyad (specifically Yazīd I)  from its fundamental norms thereby infiltrating Injustice {(Zulm) into the (True Islamic concepts)} was decisively won by (Hussain Ibn Ali) at Karbala forever. No wonder, the commemoration of (Hussain Ibn Ali’s) sacrifice at Karbala continues unabated since then to this day and age.

Refers to the likes of Hussain Ibne Ali at Karbala.

2. Urdu poetic tributes to the holiness of Hussain Ibn Ali

3. Who are Ahlul Bait (People of the Holy Prophet’s house)?